This was a race that my aunt had recommended to me soon after I told her that I was starting to run. She told me that they had great sponsors and it was for a good cause. Plus a day at the zoo afterwards sounded like a pretty good incentive also. I hadn’t been to the zoo in a couple years so I said, why not. I even got a couple of my friends to sign up, new runners! Maybe I talk about running a lot on social media and got them excited about it but I’m really glad they came along. The charity this race benefited was the Chapman Partnership, check them out to see how you can help the homeless.

So the morning of the race started out very eerie, the city of Miami was covered in a dense fog. Some people actually described it as Silent Hill-like. After arriving at ZooMiami the fog had mostly lifted and my friends set off to pick up their race packets. The line for race packet pick was extremely long and hardly moving. The race actually started 20 minutes late so that everyone would get the chance to start at the same time, otherwise half the participants would have still been waiting to pick up their race bibs. Running on Miami time, I suppose. 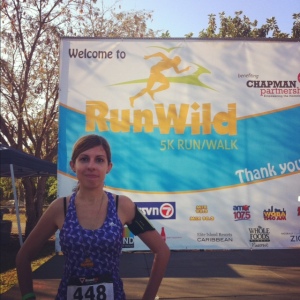 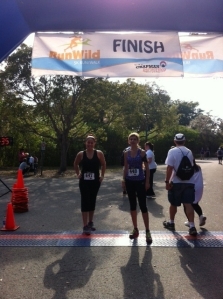 I bid my friends and aunt farewell and raced on. I know, I really should’ve ran alongside of them but I really wanted to PR on this 5k, unfortunately it didn’t happen. Probably due to the fact that I did my longest distance run on Friday morning, 12 miles, training for my half marathon. Now I’m positive I will be able to make it 13.1 miles in March. I was okay with my finishing time but I did realize that I started out waaaaaay too quick, beating my fastest mile PR at least. Dodging walkers and children at the beginning slowed me down a bit but after the 1st mile, there was no human obstacles. My finish time was 26.39, I was 168th overall and 6th in my age group. Everyone got a RunWild medal at the finish line, there was also a lot of good sponsors too. As soon as you finished, there were many volunteers handing out plenty of hydration such as water, Vitamin water and Coco Vita. I had some Alpina blueberry greek yogurt with granola on top, grabbed a banana, a KIND almond  & coconut bar and headed back to the finish line to wait for my friends. Almost right after I arrived at the finish line one of my friends was crossing, then a few minutes later the other one crossed. It was perfect timing so we all walked around together so they could gather some nutrition from the sponsors. I got a Miami Heat cheerleaders poster for a friend of mine from the actual cheerleader & our group had our pic taken by someone who got our names. Stupidly none of us asked where the picture was going to posted, so we will be forever googling our names to find ourselves. Haha. 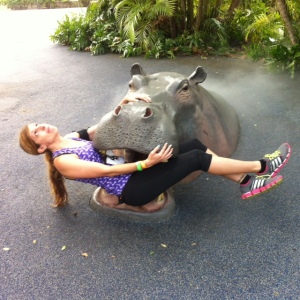 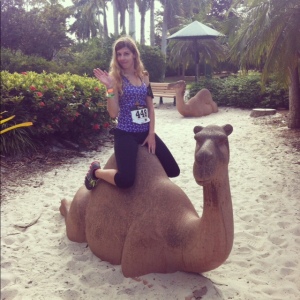 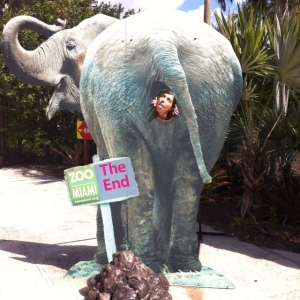 After the awards ceremony was over we took a nice walk through the zoo, getting lost and staying at the zoo much longer than we expected to. But hey, at least we got some time to take pics of the animals that we passed earlier, and some silly pictures as well. Still wearing our race bibs and RunWild medals we decided to get sushi for our post race meal and our waiter thought we had ran a marathon. We told him a 5k at the zoo and he ended up giving us a bowl of free cotton candy? Overall it was a really fun race that I will for sure do again next year. 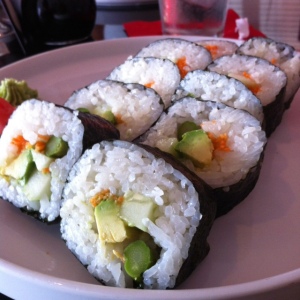 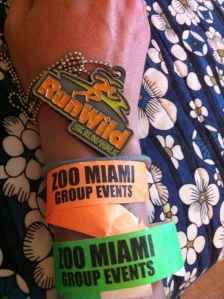 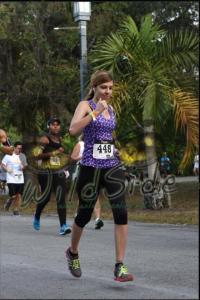 My favorite race photo YET!

What is the most memorable place you have ran/walked a race at?