Disclaimer: I received an entry to Grandma’s Marathon virtual marathon to review as part of being a BibRave Pro. Learn more about becoming a BibRave Pro (ambassador), and check out BibRave.com to review find and write race reviews!

This year I started the year hopeful and thinking maybe I could run a marathon a month, whether the race distance or during a race and I started at the beginning of January by running a 6 hr ultra marathon, completing the marathon distance and then almost hitting 30 miles as well. Things changed soon afterwards, my grandmother took a turn for the worst, she had been in the hospital since right before Thanksgiving. There would be good days and then bad days with her recovery/health and on January 10th, she lost the battle and passed away. Most may not know but this was the closest grandparent I had and my last living one. Sure we would argue sometimes but we did get along as well. I remember during my first marathon back in 2014 she called me when I was around mile 16 to tell me that she saw on the news that it would start raining soon. I said “Uh grandma, I’m still running, but I don’t have too much more to go, 10 miles” and got off the phone with her. I did put my phone away in my plastic baggie and just in time too, the rain started pouring down for the next 6 miles or so of that race. She only attended one of my races but that was due to her own transportation issues, it was a good race too, an inaugural race and I ended up winning 1st in my age group. She would always like to see the different medals I earned after races. She is the reason I am doing this race. 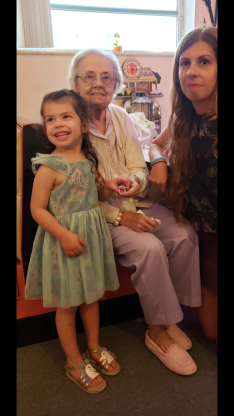 I ran a 5k the week after the ultra (not a great idea) I had dead legs. A few weeks later I ran Tropical 5k and Miami Marathon without any issues. February was uneventful till mid/late month and that’s when my daughter got Influenza B (the flu!) and a few days later I got it as well. Not a lot of running happened that month, 10 days later I ran the 305 half marathon and did fairly well for still recovering. Mid March brought my city into lock down due to Covid-19 and my only outing was restricted to grocery shopping. When the gyms closed the sidewalks became crowded and running outside became somewhat of an obstacle course. More treadmill running happened for me also because my daughter’s preschool closed and I started teaching her from home while also working a full time job. Running takes away a little of the stress I am experiencing now with extra work and more jobs than usual. 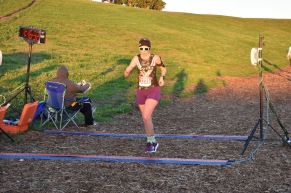 Training for this race has been mainly done on the treadmill and even though I haven’t ran any distances over 14 miles so far in this training block I am fairly certain I will survive the race. I used to train for marathons with multiple 20 milers but in the last few years I haven’t had as much time for such long distances and I have done okay during my marathons. I am planning on running this virtual marathon on the treadmill so that will be a new challenge for me. I have only ever ran a 22 miler on the treadmill once back in 2013 when I was training for my first marathon!

Should be fun to earn this medal not only because of who I am running this race for but also because this is a very well known race in the running community. I personally have never been to Minnesota but I plan on making a trip there one day when it is safe to travel again and hope to run this race in real life. Some friends of mine have ran this race before and have given me tips on the course and how to adjust the treadmill incline for more accurate running conditions.

I plan on filling a couple of reusable water bottles with water and Nuun and putting my Honey Stinger chews within reach in case I need a boost of sugar during the race. I am not sure if I am going to watch movies/tv shows or read a book while running this race as that is how I have recently been training while running on the treadmill. With lots of miles with no scenery change I am going to need some sort of brain distraction, also I heard there is an app that will allow you to see the course as you run it, I might try that one too!

Do you have any tips on long long runs while on the treadmill? Please send them my way in the comments below.